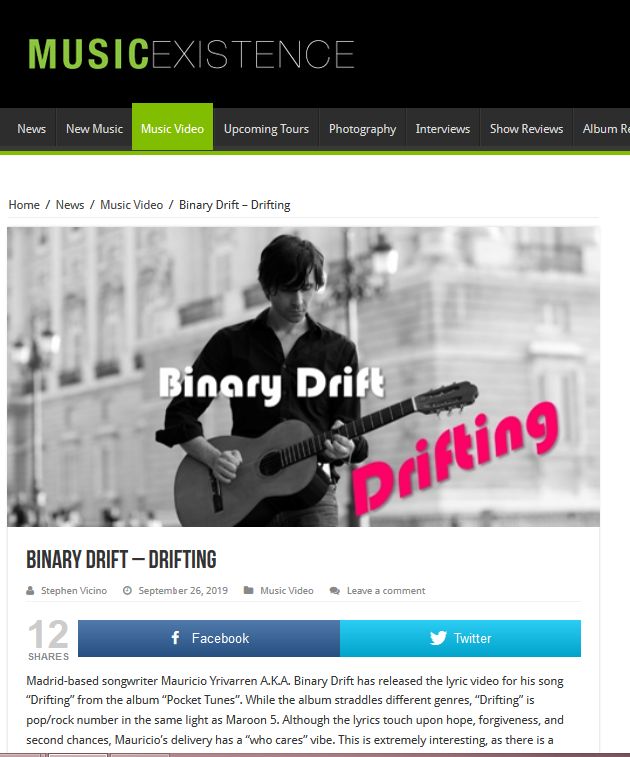 Published by Music Existence on September 6, 2019

Madrid-based songwriter Mauricio Yrivarren A.K.A. Binary Drift has released the lyric video for his song “Drifting” from the album “Pocket Tunes”. While the album straddles different genres, “Drifting” is pop/rock number in the same light as Maroon 5. Although the lyrics touch upon hope, forgiveness, and second chances, Mauricio’s delivery has a “who cares” vibe. This is extremely interesting, as there is a balance between the feelings behind the words and the singer’s personality. The production also needs to be mentioned as the ‘less is more’ concept is prevalent throughout the song. For instance, the second verse just features drums, bass, and vocals, very audacious yes indeed, but from a purist perspective, those are the precise elements needed for that particular part. “Drifting” is one of songs that once you hear it you’ll always be getting back to, an instant favourite.